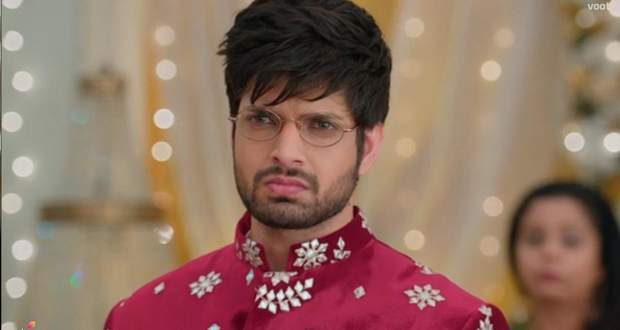 Choti Sarrdarni Gossip News: Vikram to be kicked out of Sarab's scam case

In the upcoming episodes of Colors TV’s popular serial Choti Sardarni, Vikram will be kicked out of Sarabjeet’s scam case.

Up until now in Chhoti Sardarni, Sarabjeet decided to host Aditi and Vikram’s marriage at the Gill mansion. Later, Aditi revealed her identity and introduced herself as Guddi in front of Sarabjeet and Harleen.

Now as per the spoiler news of Chhoti Sardaarni, Vikram will be kicked out of Sarabjeet’s scam case and he will claim that it is Sarabjeet’s plan to halt the investigation.

Meanwhile, Meher will take a stand for Sarabjeet in front of Vikram according to the future updates of Choti Sarrdaarni serial.

© Copyright serialsindia.com, 2018, 2019, 2020. All Rights Reserved. Unauthorized use and/or duplication of this material without written permission from serialsindia.com is strictly prohibited.
Cached Saved on: Monday 6th of February 2023 05:34:34 AM