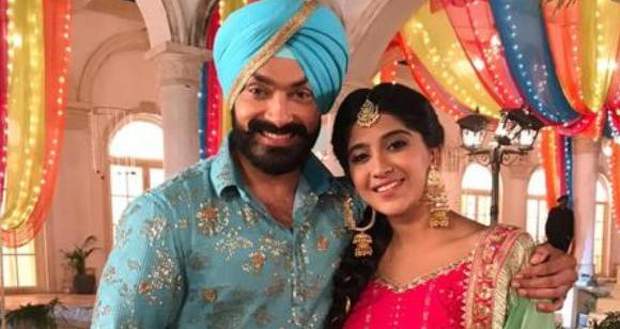 Choti Sarrdaarni Gossip News: Happiness is back in Meher-Sarabjit's lives

In the future episodes of Choti Sarrdarrni serial, viewers are going to witness happiness returning to Sarabjeet and Meher's household.

So far in Choti Sarrdaarni serial, Meher and Param's lives have been critical after Param was detected with a liver ailment.

While Param has regained his consciousness, Meher is still battling over her life. Sarabjeet goes to pray at Gurudwara for Meher's well being.

Param later asks Harleen about Meher who is unaware of her critical condition. While the family members are trying to save Meher's life, the doctor declares her dead.

Now, as per the gossip news of Choti Sardaarni serial, Meher will be revived through Param's love. Sarabjit, Meher, and Param will later go to the gurudwara to offer their gratitude to God according to the spoiler twists of Choti Sardarni serial.

Let's see how the story unfolds of Choti Sardaarni serial.

© Copyright serialsindia.com, 2018, 2019, 2020. All Rights Reserved. Unauthorized use and/or duplication of this material without written permission from serialsindia.com is strictly prohibited.
Cached Saved on: Wednesday 30th of November 2022 06:39:33 AM