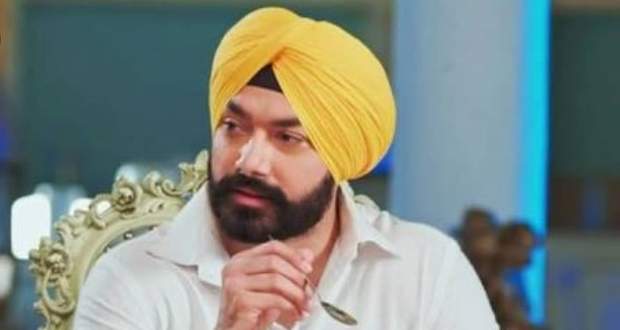 In the upcoming episodes of Choti Sardarni, Sarabjeet will see Meher in tears and will ask her the reason behind her tension.

So far in Chhoti Sardarni, Manav finds Meher's delivery reports in Aditi's wardrobe and realizes that Karan is his son.

Later, Manav confronts Meher and asks her to give Karan's custody to him as he is the father of the little child.

Now according to the future twist of Choti Sardarni, Sarabjeet will call Meher and will ask her to bring Karan to meet him in the hospital.

Further, Meher will come to the hospital with her kids while Sarabjeet will see her crying and will ask her the reason behind her distress.

Moreover, Meher will start apologizing to Sarabjeet while he will get confused as per the gossip news of Choti Sardaarni.

Let's see if Meher tells Sarabjeet about Karan being Vikram's son in the latest updates of Choti Sardarni serial.

© Copyright serialsindia.com, 2018, 2019, 2020. All Rights Reserved. Unauthorized use and/or duplication of this material without written permission from serialsindia.com is strictly prohibited.
Cached Saved on: Wednesday 1st of February 2023 07:00:51 PM