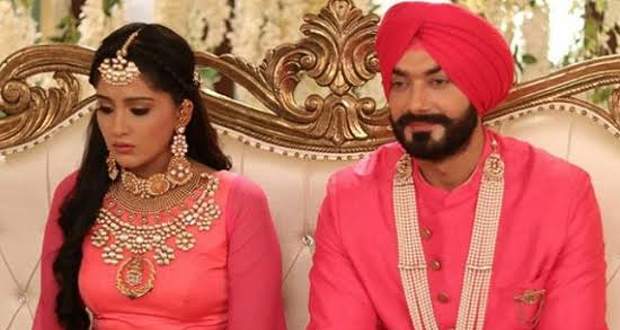 In the future episodes of Choti-Sardarni serial, Meher will get emotional post-meeting Sarabjit in the court.

Up until now in Choti Sardarani story, Meher and Sarabjit were in Serbia with Param on a vacation. Later, Sarabjit was accused of murdering Meher in Serbia.

Now based on the spoiler updates of Choti Sardarini serial, Sarabjit will be seen in court fighting his case and Kulwant will put allegations on him.

Later, Meher will come in court and will prove that Sarabjit is innocent. Both of them will share an emotional sequence wherein Meher will start crying and Sarab will wipe away her tears.

Further, in the morning they will also share some cute fighting moments when Meher will get late in waking up according to the gossip news of Choti Sardaarni serial.

© Copyright serialsindia.com, 2018, 2019, 2020. All Rights Reserved. Unauthorized use and/or duplication of this material without written permission from serialsindia.com is strictly prohibited.
Cached Saved on: Sunday 25th of September 2022 08:07:18 PM