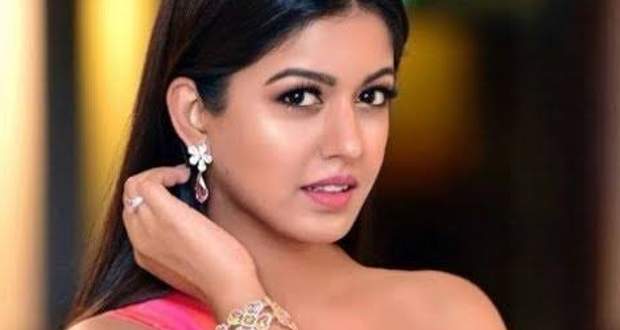 In the upcoming episodes of Bepannah Pyaar serial, Pragati will enter the Malhotra house on Diwali with a lot of Tashan and attitude shocking the family members.

So far in Bepanah Pyar story, Raghbir threw Pragati out of the house upon learning the truth of her being Bani. He even told the truth about Pragati to the Malhotra family.

Later, Pragati felt helpless as Raghbir refused to see her face and decided to commit suicide.

Now according to the spoiler twists of Beypanah Pyaar serial, Pragati will decide to not give up on her love and will return to Malhotra house.

The viewers will witness an interesting sequence wherein Pragati will arrive in a whole new avatar with a lot of attitude. She will further demand her rights as Bani on the property.

Later, she will say the family members can stay with her in the house as she loves them as per the gossip news of Beypannah Pyar serial.