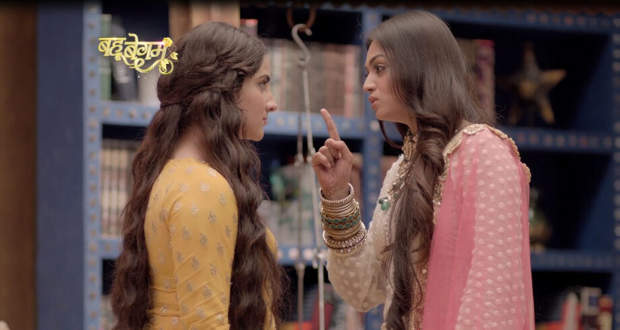 In the upcoming episodes of Bahu Begam serial, Shyra will stop Noor from making an exit from their home and their life post-Noor and Azaan’s divorce.

Up until now in Bahu-Beghum story, Shyra was attacked by some masked man who was sent by Suraiya Begum.

Later, Noor took the blame for trying to kill Shyra and signed the divorce papers. Meanwhile, she is also blackmailed by Suraiya who threatens to reveal her secret.

Now based on the spoiler news of Bahu Begam serial, Suraiya will again threaten Noor about revealing her secret wherein she married Azaan even after knowing Shyra was innocent.

Azaan will overhear this conversation and will get mad at Noor for her actions. She will tell her to leave the house immediately.

However, Shyra will stop Noor from exiting their lives and house according to the gossip updates of Bahu Begham serial.

© Copyright serialsindia.com, 2018, 2019, 2020. All Rights Reserved. Unauthorized use and/or duplication of this material without written permission from serialsindia.com is strictly prohibited.
Cached Saved on: Wednesday 30th of November 2022 06:35:29 AM