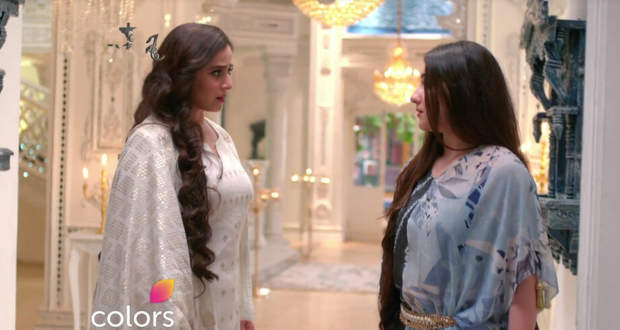 In the upcoming episodes of Bahu Begam serial, Raziya will go missing from the house and Noor will get suspicious of Azgar for abducting her.

Up until now in Bahu-Beghum story, Shyra and Azaan are finally getting some quality time together in peace. Later, Shyra hears some scary noises at night.

Amidst this ghost drama, Raziya gets attacked by some masked man near the pool.

Now based on the gossip news of Bahu Begam serial, Noor and Shyra will learn about their Ammi going missing and will decide to search for her.

Further, Noor will doubt Azgar and will ask him Ammi’s whereabouts. However, Nani and Azaan will stop Noor from attacking Azgar according to the spoiler updates of Bahu Begham serial.

© Copyright serialsindia.com, 2018, 2019, 2020. All Rights Reserved. Unauthorized use and/or duplication of this material without written permission from serialsindia.com is strictly prohibited.
Cached Saved on: Sunday 5th of February 2023 04:01:12 AM