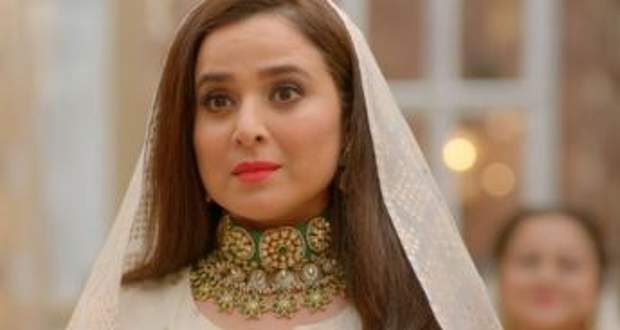 In the upcoming episodes of Bahu Begam serial, Gazala Begum aka Dadi will accuse Raziya of creating the differences between Shyra and Noor.

Up until now in Bahu-Beghum story, Raziya was attacked near the swimming pool but was later saved by her children.

Meanwhile, Gazala begum is playing a game and has locked Shyra in a room. She has also sent an inappropriate dress to Noor to wear at the party.

Now based on the gossip news of Bahu Begam serial, Noor will reach the hall dressed as a Tawaif and will get insulted by the guests.

Later, Azaan will also blame Noor for insulting her family name. However, Shyra will dress exactly like Noor and both will perform on Deewani Mastani song.

Further, when Noor and Shyra will ask Daadi about her actions, Gazala Begum will put allegations on Raziya for creating a mess according to the spoiler updates of Bahu Begham serial.