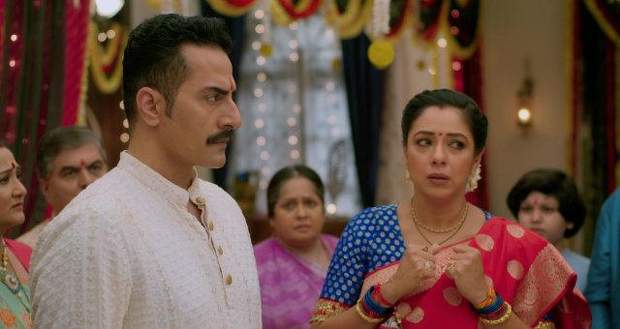 In the upcoming episodes of Anupama serial, Anupama will get blamed for not being able to control Paritosh’s behavior.

So far, in the Anupama serial, Paritosh argues with his parents and leaves the house. Later his mother Anupama brings him back. Paritosh is drunk and insults his family members.

Now as per the latest news of Anupama serial, Anupama and Vanraj will speak with each other regarding Paritosh. Anupama will find some sleeping pills in Paritosh’s pocket and will show the same to Vanraj.

Realizing his son’s behavior, Vanraj will be shocked and will start blaming Anupama for Paritosh’s behavior. Vanraj further will ask Anupama to fix everything within a day according to the spoiler news of Anupama serial.

Let’s see what happens in the next episodes of Anupama serial.

© Copyright serialsindia.com, 2018, 2019, 2020. All Rights Reserved. Unauthorized use and/or duplication of this material without written permission from serialsindia.com is strictly prohibited.
Cached Saved on: Monday 6th of February 2023 05:05:04 AM