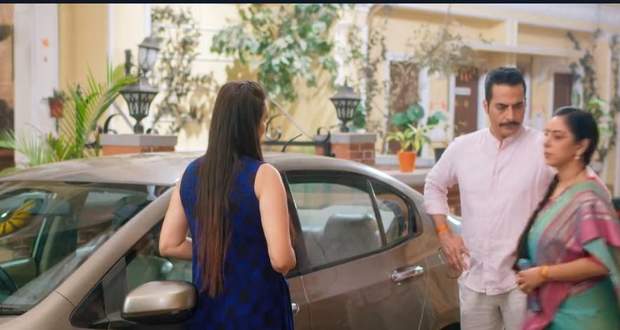 In the forthcoming episodes of Anupam serial, Anupama will go out with Devika while Vanraj will command her to not go but she will ignore it.

Up until now in Anupama, Samar also learned about Vanraj's affair from Paritosh and Kinjal's conversation and confronted him.

Meanwhile, Kavya left Nandani's house and returned to her own house.

Now as per the latest gossip of Anupama, Anupama will go out with Devika during the evening while Vanraj will command her to stay in the house as she has to do house chores.

However, she will ignore his commands and go with Devika.

Further, when she will come back, Vanraj will close the door in her face and will tell her to stay with her friend from now on according to the spoiler twists of Anupama.

Let's see what will Anupama do next in the future episodes of Anupama serial.

© Copyright serialsindia.com, 2018, 2019, 2020. All Rights Reserved. Unauthorized use and/or duplication of this material without written permission from serialsindia.com is strictly prohibited.
Cached Saved on: Sunday 22nd of May 2022 02:50:11 AM