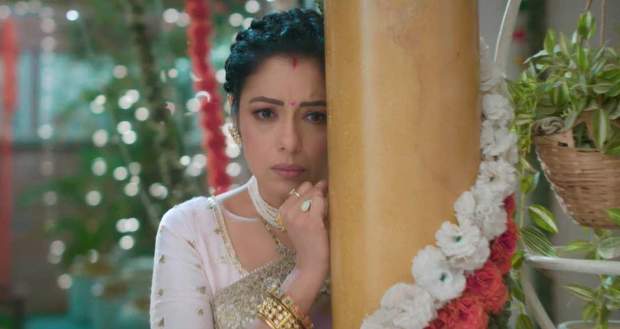 So far in the story of Anupama, Paritosh shows indifference after he gets caught in adultery while Anupama experiences painful flashbacks of her own ruined marriage.

Unable to hold back anymore, she firmly decides not to let Kinjal become like herself in any way.

In the upcoming story of Anupama, she shouts at Toshu to have some shame and dignity to come clean about his actions and take responsibility for his wrongdoings.

However, as per the latest spoilers of Anupama, Paritosh lies again and promises Kinjal that he will become the world's best dad and husband to her and their daughter, Arya.

He further says that although sometimes he might come home late, Kinjal should not suspect him, be angry with him, or become doubtful of him in any sense.

What will Kinjal do now? Believe the love of her life or believe the only mother figure she trusts?

Let us see what happens in the future episodes of Anupamaa regarding Paritosh's treachery.

© Copyright serialsindia.com, 2018, 2019, 2020. All Rights Reserved. Unauthorized use and/or duplication of this material without written permission from serialsindia.com is strictly prohibited.
Cached Saved on: Saturday 28th of January 2023 12:17:53 PM