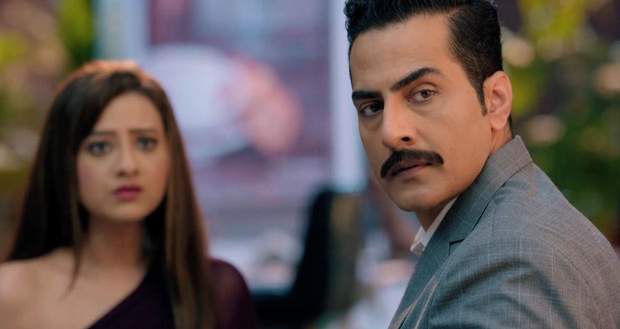 In the upcoming episodes of Anupama serial, Anirudh will threaten to break off his son's wedding by sending the pictures of Vanraj and Kavya to Mrs.Dave.

Up until now in Anupama serial, Kavya came to Vanraj's house after being bitten by a drunken Anirudh and is staying there for the time being while Anirudh is angered by them staying under the same roof. He captures pictures of Vanraj and Kavya being close and then threatens to expose them to Mrs.Dave.

Now as per the gossip updates of Anupama serial, Anirudh will not give in to Vanraj and will keep threatening him to send the same picture to Mrs.Dave and ruin his son's marriage.

He will edit the pictures in various ways and will send them to Vanraj which will further anger him more and more. Vanraj will let out his anger at Anupama according to the latest news of Anupama serial.

© Copyright serialsindia.com, 2018, 2019, 2020. All Rights Reserved. Unauthorized use and/or duplication of this material without written permission from serialsindia.com is strictly prohibited.
Cached Saved on: Saturday 2nd of July 2022 01:07:05 AM