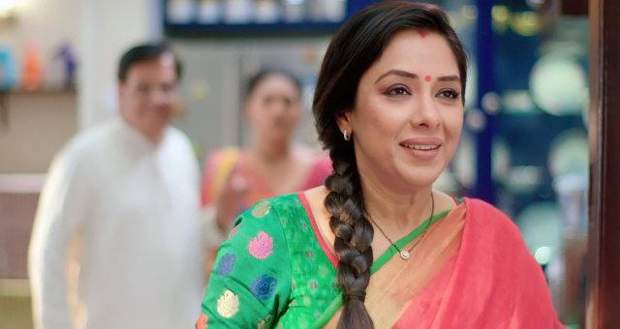 In the forthcoming episodes of Anupama serial, Kamini will blame Jhilmil for stealing the engagement ring worth 5 lakhs while Anupama will disagree with it.

So far in Anupama serial, the Shah family was angry with Anupama for buying the engagement ring worth 5 lakhs. Later, Anupama will be given the ring back to her by Baa for keeping it safe and secure.

Now as per the gossip twists of Anupama serial, the engagement ring will not be in the box when Anupama will give it to Kinjal on the day of Goddhana and Jhilmil will be blamed by Kamini for stealing the ring as she is not a member of the Shah family.

Anupama will not agree with it and say that Jhilmil is not just a maid but also a member of the house as she has worked there for many years according to the spoiler updates of Anupama serial.

© Copyright serialsindia.com, 2018, 2019, 2020. All Rights Reserved. Unauthorized use and/or duplication of this material without written permission from serialsindia.com is strictly prohibited.
Cached Saved on: Wednesday 1st of February 2023 05:29:15 PM