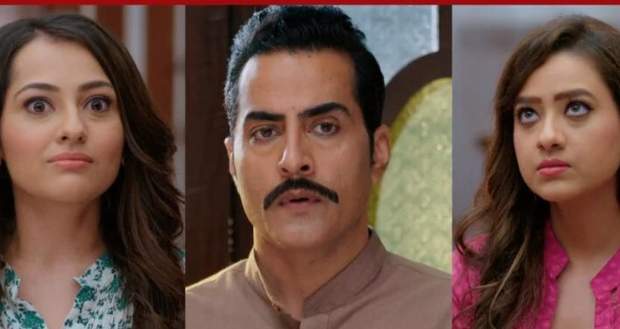 Anupama Spoiler: Nandani to confront Kavya about her relationship with Vanraj

In the forthcoming episodes of Anupama serial, Nandani will find out about Vanraj and Kavya's secret relationship and will confront Kavya about it.

Up until now in Anupama story, Devika threatened Vanraj of getting him arrested for mentally torturing Anupama. Later, Vanraj proposed to Anupama to marry him again on their 25th marriage anniversary. Further, Kavya gave him an ultimatum to marry her before his marriage with Anupama. He agreed to Kavya that he will marry her.

Now as per the gossip updates of Anupama serial, Nandani will find out about Kavya and Vanraj's relationship and them marrying each other. She will later confront Kavya and get furious with her.

Also, she will decide to expose their secret relationship and about the marriage in front of the Shah family according to spoiler twists of Anupama serial.

Let's see if she will be able to expose Vanraj-Kavya's relation to the Shah family or not in the future episodes of Anupama serial.

© Copyright serialsindia.com, 2018, 2019, 2020. All Rights Reserved. Unauthorized use and/or duplication of this material without written permission from serialsindia.com is strictly prohibited.
Cached Saved on: Wednesday 1st of February 2023 06:28:57 PM