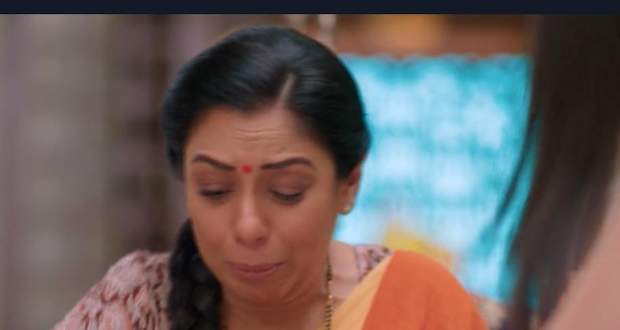 Anupama Spoiler: Anupama to feel helpless due to her inability to drive

In the forthcoming episodes of Anupama serial, Bapuji will have a stroke while Anupama will helpless due to her inability to drive and get him to a hospital.

Up until now in Anupama, Vanraj is getting infuriated with Anupama's strange behavior with him after she found out about the affair with Kavya.

Further, Anupama has decided to work as an Online Dancer Teacher.

Now as per the future twists of Anupama, Bapuji will suffer a stroke while Vanraj will be at Kavya's flat spending time with her.

Further, Anupama will tell Sweety to call Vanraj who will not receive the call due to which Anupama will be helpless in getting him to a hospital due to her lack of knowledge to drive a vehicle according to the news updates of Anupama serial.

Let's see if Vanraj is able to reach the Shah house or not in the future episodes of Anupama.

© Copyright serialsindia.com, 2018, 2019, 2020. All Rights Reserved. Unauthorized use and/or duplication of this material without written permission from serialsindia.com is strictly prohibited.
Cached Saved on: Wednesday 1st of February 2023 09:03:26 PM