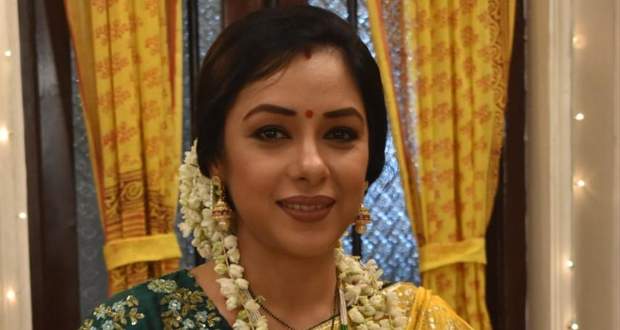 In the forthcoming episodes of Anupama serial, the engagement will happen without Anupama as she will go home to get Paritosh's Shervani that she made.

Up until now in Anupama story, Kinjal pranked everyone at the engagement. Later on, Anupama and Vanraj gave a brilliant performance which made Kavya jealous. In the meantime, Pakhi is disturbed due to Sid.

Now as per the latest spoiler, Anupama will realize that she does not have Paritosh's Shervani with her and go home to get it.

Later on, when she will reach the engagement, she will be stunned to see that the engagement happened without her. Mrs. Rakhi Dave will also mock her for not having any significant value in her own house according to the serial gossip of Anupama serial.

Let's see what will Anupama do in the next episode of Anupama serial.