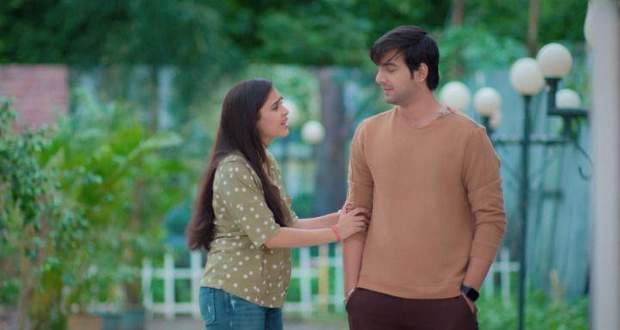 So far in the episode of Anupama, we see Adhik has proposed to Pakhi on his knees for marriage.

An overwhelmed Pakhi accepts the proposal with all her heart and Adhik hugs her tightly and picks her up to show his love.

Pakhi’s happiness falters when she sees Vanraj’s hatred toward Barkha, Ankush, and even Adhik.

In the upcoming episodes of Anupama, we will see Adhik and Pakhi conversing about telling their families about their marriage.

Adhik will decide to bring the Kapadia and the Shahs together and break it to them.

He also asks for Pakhi’s trust in him to let him do things right.

Pakhi will be convinced but is worried remembering Vanraj’s words of hatred against Adhik.

Is Adhik truly committed to Pakhi or are there other intentions behind this?

Stay tuned to know more about Adhik and Pakhi’s confrontation with their family in future episodes of Anupama.

© Copyright serialsindia.com, 2018, 2019, 2020. All Rights Reserved. Unauthorized use and/or duplication of this material without written permission from serialsindia.com is strictly prohibited.
Cached Saved on: Wednesday 1st of February 2023 05:43:58 PM