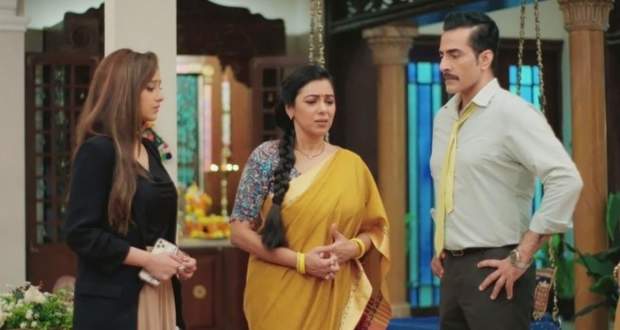 In the forthcoming episodes of Anupama serial, Kavya will try to wear Anupama's Mangalsutra due to which there will be a fight between Vanraj and Kavya.

Up until now in Anupama story, Kamini was revealed as the ring thief due to Anupama's clever plan. Later on, Anupama reproved Kavya for getting in a matter between Vanraj and Samar. Vanraj also sided with Anupama saying that it is a family matter.

Now as per the spoiler twist in Anupama serial, Kavya will sneak into Vanraj and Anupama's bedroom and then will try on Anupama's Mangalsutra. This whole scene will be seen by Vanraj and will warn her of touching Anupama's things.

Kavya will get sad due to Vanraj siding with Anupama and his harsh attitude towards her. This will create a split between Kavya and Vanraj according to the spoiler updates of Anupama serial.