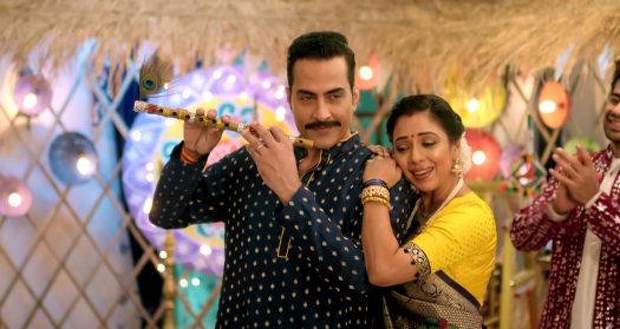 In the upcoming episodes of the Anupama serial, Vanraj's behavior will see a drastic change. He will act as Anupama's loving and loyal husband to save himself from any suspicions about his relationship with Kavya.

Up until now in the Anupama serial, Anupama convinces Rakhi for Paritosh and Kinjal's alliance. Later, Anirudh will add complications by revealing Vanraj and Kavya's relationship to Anupama.

Now based on the spoiler news of the Anupama serial, Vanraj will act as a loyal husband in front of the family so that Anupama doesn't doubt him.

Vanraj's changed behavior will further add to kavya's disappointment as she is already upset with Vanraj and Anupama's marital status as per gossip news of Anupama serial.

© Copyright serialsindia.com, 2018, 2019, 2020. All Rights Reserved. Unauthorized use and/or duplication of this material without written permission from serialsindia.com is strictly prohibited.
Cached Saved on: Saturday 2nd of July 2022 02:01:39 PM