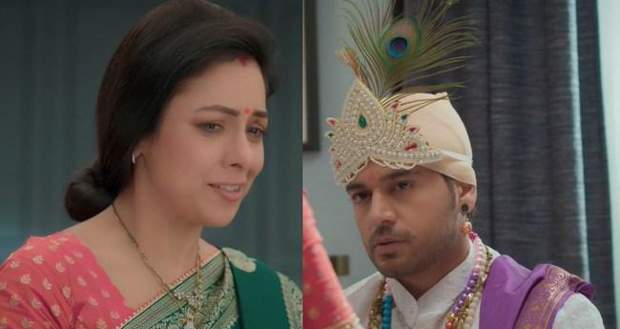 The auspicious occasion of Janmashtami sees Anupama bracing herself to make it the best Janmashtami ever as Anuj’s birthday is falling on the same day.

The current track of Anupama revolves around Anuj being in a coma. Anupama is trying her best to stay positive despite Barkha's overwhelming negative presence in the Kapadia House.

Further, Anupama is a boss lady to shut a woman up like Barkha who wishes to hurt others for her own selfish reasons.

According to the latest spoiler of Anupamaa, Anuj’s eyes will open on the day of Lord Krishna's birthday and the doctors will tell Anupamaa it is a good sign on Anuj’s Road to recovery.

Anupama will thank God & dress Anuj up as Lord Krishna!

She will bathe him, comb his hair, and trim his beard like a devoted wife.

Anupama will be smiling while adjusting a crown on Anuj’s head.

Like an excited little kid, Anupama will be exclaiming she never dressed anyone like Kanha Ji before and Mr. Kapadia (Anuj) is the only one to receive this gesture.

With a love like Anuj and Anupama’s, can Anuj’s condition improve for the better through God’s grace?

Let us see how Anupama tries to make a happy atmosphere around Anuj despite Barkha’s negativity in the Kapadia House in future episodes of Anupama.

© Copyright serialsindia.com, 2018, 2019, 2020. All Rights Reserved. Unauthorized use and/or duplication of this material without written permission from serialsindia.com is strictly prohibited.
Cached Saved on: Monday 26th of September 2022 07:32:23 AM