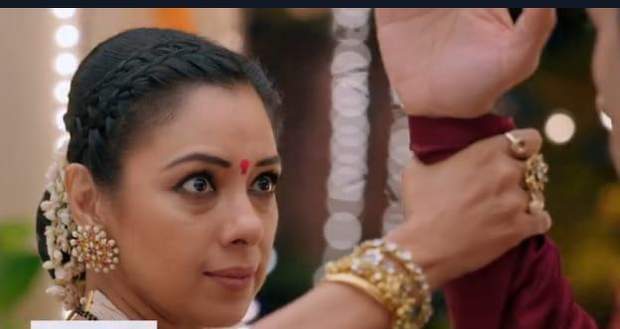 Anupama Gossip News: Anupama to stop Vanraj from hitting her

In the forthcoming episodes of Anupama serial, Anupama will stop Vanraj from budding her by stopping his hand mid-air.

Up until now in Anupama story, Vanraj is enraged with Anupama's changed behavior and wants her to be her earlier self when she was silent.

Further, Vanraj fights with Kavya when she dressed up like Anupama while Anupama did the pooja without him.

Now as per the recent gossips of Anupama, Vanraj will get furious at Anupama for starting the Diwali Pooja without him and will berate her for it.

Further, he will raise his hand to hit her while Anupama will stop his hand mid-air and will stop him according to the recent spoilers of Anupama.

Let's see how will Vanraj react to Anupama's comeback at him in the future episodes of Anupama serial.