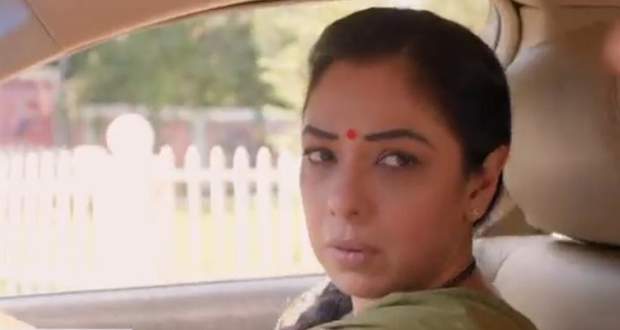 In the forthcoming episodes of Anupama serial, Anupama will be learning to drive a car and will overtake Vanraj in the process.

Up until now in Anupama story, Bapuji got a heart attack while no gents were in the house to drive him to the hospital due to which Anupama felt helpless.

Further, after Bapuji's surgery, Anupama decided to learn how to drive a car and got Kinjal's help who happily agreed to it.

Now as per the recent spoilers of Anupamaa serial, Kinjal will take Anupama to teach her how to drive while Samar will also join them.

Further, Vanraj will be going at the same time to his office in his car when Anupama will overtake him due to which he will get furious according to the gossip twists of Anupama.

Let's see if Vanraj creates any trouble for her in the future episodes of Anupama.

© Copyright serialsindia.com, 2018, 2019, 2020. All Rights Reserved. Unauthorized use and/or duplication of this material without written permission from serialsindia.com is strictly prohibited.
Cached Saved on: Monday 26th of September 2022 08:52:58 AM