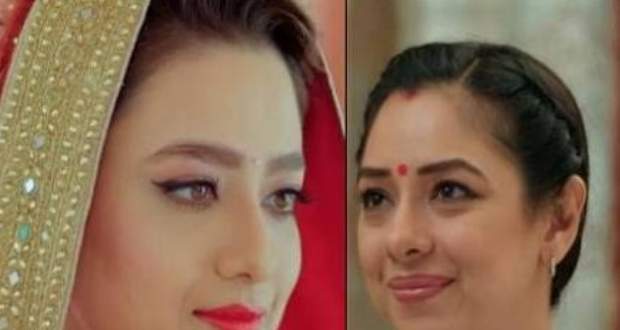 Anupama gossip: Kavya tells Anupama about her affair with Vanraj

In the upcoming episode of serial Anupama, Kavya will stop the marriage and will tell Anupama that Vanraj had promised to marry her.

Up until now in Anupama's story, the wedding ceremony started and Vanraj could not leave the house to meet Kavya in the temple. Further, Kavya got upset and headed towards Vanraj's house to confront him.

Now as per the gossip news of serial Anupama, Kavya will reach the Shah house and will apologize to Anupama for arriving late for the wedding. Further, she will shock everyone by saying that someone had promised to marry her but did not come to the temple according to the recent spoilers of Anupama.

Let's see what Anupama does after learning about Vanraj-Kavya's affair in the latest updates of serial Anupama.

© Copyright serialsindia.com, 2018, 2019, 2020. All Rights Reserved. Unauthorized use and/or duplication of this material without written permission from serialsindia.com is strictly prohibited.
Cached Saved on: Sunday 5th of February 2023 04:20:06 AM