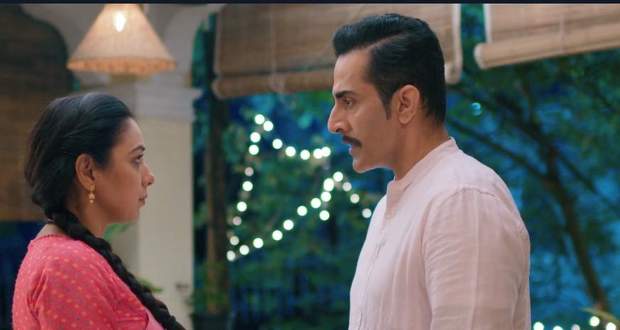 Anupama Future Twist: Anupama to compare Vanraj with an example of herself

In the forthcoming episodes of Anupama serial, Anupama will confront Vanraj by giving him an example of her being with another man.

Up until now in Anupamaa serial, Anupama started taking her own life decisions after finding out about Vanraj's infidelity. Later, Samar also found out and confronted him.

Furthermore, she learned about Vanraj-Kavya's marriage plans on the same day she got married to him.

Now as per the gossip updates of Anupama serial, Anupama will reach Kavya's apartment and will confront her while Vanraj will also be present there hidden.

Afterwards, she will confront Vanraj about his marriage with Kavya and will give him an example of what would he feel if she was with another man which will infuriate him according to the recent news of Anupama.

Let's see how the situation will go down in the future episodes of Anupama serial.

© Copyright serialsindia.com, 2018, 2019, 2020. All Rights Reserved. Unauthorized use and/or duplication of this material without written permission from serialsindia.com is strictly prohibited.
Cached Saved on: Monday 6th of February 2023 04:41:42 AM