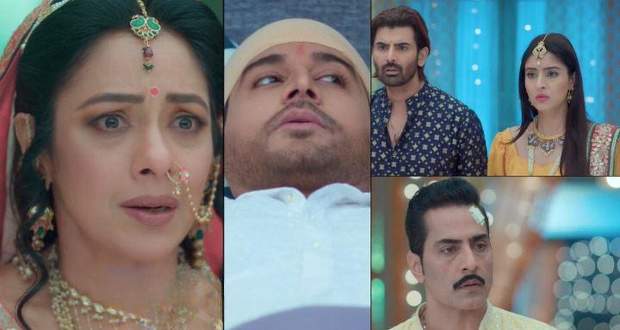 In the upcoming story of Anupamaa, there will be a face-off between Barkha and Anupama!

Barkha has been jealous of Anupama handling the Kapadia Empire all by herself and will get everything under Ankush’s name fraudulently.

With Vanraj’s entry into Kapadia House to apologize to Anuj, Barkha humiliates Anupama by saying Anupama’s true colours are getting visible since she is siding with her ex-husband when Anuj is in a coma.

However, as per the latest spoiler of the Anupama serial, Anuj will start moving the magnets kept in his hand by Anupama with the ongoing drama going on in the Kapadia House.

The nurse will come back running to inform Anupama about Anuj showing slight movements while his eyes flicker and he utters Anu’s name softly in his room.

Let us see what kind of Mahabharata goes on in the Kapadia Mansion with Anupama’s strong persona standing firm against Ankush and Barkha’s malevolence.