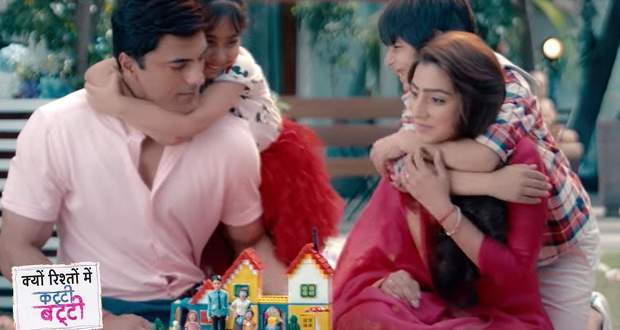 According to the recent serial spoilers, Kyun Rishton Mein Katti Batti will air from the month of October on Zee Tv. The first episode of the serial is assumed to be aired on 12th October.

Kyun Rishton Mein Katti Batti serial is a family drama that revolves around the story of a family with a couple and their two children.

The star cast of the serial includes many other actors including Priyamvada Kant, Geeta Agarwal, Purnima Talwalkar, Himanshu Gokani, and Yash Sinha.

© Copyright serialsindia.com, 2018, 2019, 2020. All Rights Reserved. Unauthorized use and/or duplication of this material without written permission from serialsindia.com is strictly prohibited.
Cached Saved on: Wednesday 1st of February 2023 08:56:12 PM