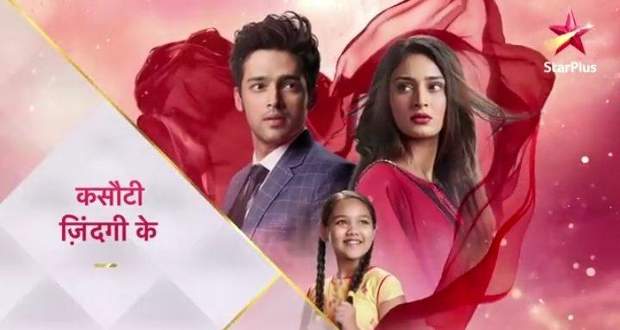 Star Plus's acclaimed and loved serial, Kasauti Zindagi Ki 2 is all set to bid goodbye to television tube in the first week of October.

According to the spoiler alerts of season 2 of Kasauti Zindagi Ki, the serial will go off air in the first week of October. The provisional date of the last episode is reported as 2nd October.

Earlier, there were reports that the lead actor of the Kasauti serial, Parth Samthaan who portrays the role of Anurag will leave the serial. Later, the female lead of serial Erica Fernandes faced issues for shooting as per new rules and regulations issued for daily soaps by the Maharashtra government.

Recently, Karan Patel joined the Kasauti Zindagi Ki 2 as Mr.Bajaj following the exit of Karan Singh Grover from the serial. Reportedly, makers were left with no choice than to discontinue the serial.

© Copyright serialsindia.com, 2018, 2019, 2020. All Rights Reserved. Unauthorized use and/or duplication of this material without written permission from serialsindia.com is strictly prohibited.
Cached Saved on: Saturday 2nd of July 2022 02:10:44 PM