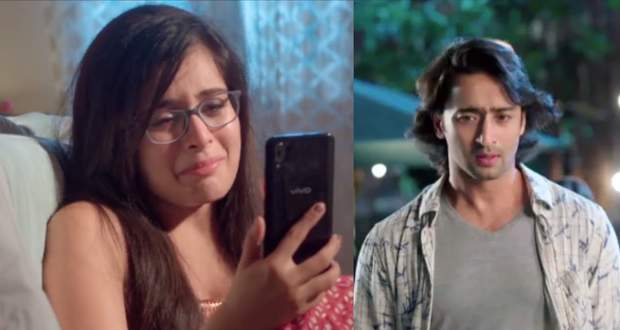 Yeh Rishtey Hain Pyaar Ke Spoiler: Vishambhar to give a challenge to Abir

In the upcoming episodes of Yeh Rishtey H Pyaar Ke, Vishambhar will ask Abir to prove his love for Mishti and console his brother in accepting their relation first.

Up until now in YRHPK serial, Vishambhar saw Abir and Mishti’s romantic encounter and got furious at Mishti for hiding the truth.

Meanwhile, Varsha is adamant to break their alliance and has requested Vishambhar to think about Kuhu’s happiness.

Now as per the latest spoiler news of Yeh Rishtey Hain Pyaar K serial, Vishambhar will get in a dilemma of choosing happiness of one of his daughters.

He will decide to give Abir a chance but will put a condition in front of him. He will ask Abir to console his brother first in accepting Mishti.

Vishambhar will decide to accept their relation only when Kunal is happy with it according to the gossip updates of Yeh Rishtey Hai Pyaar Ke serial.

© Copyright serialsindia.com, 2018, 2019, 2020. All Rights Reserved. Unauthorized use and/or duplication of this material without written permission from serialsindia.com is strictly prohibited.
Cached Saved on: Friday 20th of May 2022 11:47:21 PM