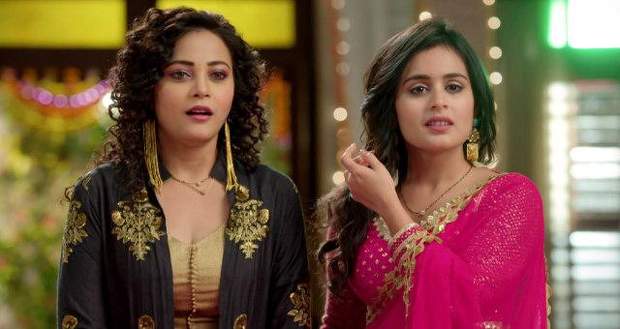 In the upcoming episodes of Yeh Rishtey H Pyaar Ke serial, Mishti will soon get suspicious that Kuhu’s responsible for Abir’s condition.

Up until now in YRHPK story, Kuhu is jealous of Mishti and tried to console her in getting involved in the Pooja. Mishti wanted the Pooja to go well and asked her to stay away.

Now as per the latest gossip news of Yeh Rishtey Hain Pyaar K serial, Kuhu will be enticed by Meenakshi and will accidentally drop a sleeping pill in one coffee mug.

Later, Abir will drink that coffee and Kuhu will remain confused about who drank it. Further, Abir won’t be able to wake up in the morning and Mishti will even call the doctor.

Mishti will overhear Kuhu and Meenakshi’s conversation and will be suspicious that Kuhu is behind Abir’s condition according to the spoiler updates of Yeh Rishtey Hai Pyaar Ke serial.

© Copyright serialsindia.com, 2018, 2019, 2020. All Rights Reserved. Unauthorized use and/or duplication of this material without written permission from serialsindia.com is strictly prohibited.
Cached Saved on: Wednesday 1st of February 2023 06:17:23 PM