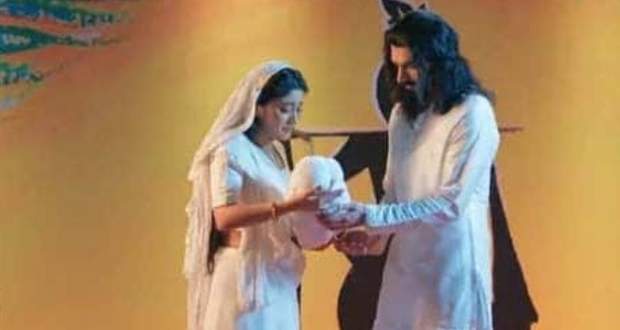 In the forthcoming episodes of Ye Rishta Kya Kehlata Hai serial, Kartik and Naira will dress up as Vasudev and Devaki to make Kairav realise their intentions on adopting Krishna.

The present story of Yeh Rishta Kya Kehlata H serial circulates around Kairav being upset due to Kartik and Naira adopting Krishna. After, Manish rebuked Kartik for hurting his child.

Now as per the latest gossips of YRKKH serial, Kartik-Naira will dress up as Vasudev-Devaki and do a play of the time when Lord Krishna was born and sent to Yashoda. Kirti will play the role of Yashoda Maiya.

They will show how Yashoda Maiya took in Krishna as her own son to protect him from danger and will try to convince Kairav the reasoning for them adopting Krishna according to the twists of Yeh Rishta Kya Kehlata Hain.

Let's see if Kairav will realise their intentions behind adopting Krishna or not in the future episodes of Yeh Rishta Kya Kehlata Hai serial.

© Copyright serialsindia.com, 2018, 2019, 2020. All Rights Reserved. Unauthorized use and/or duplication of this material without written permission from serialsindia.com is strictly prohibited.
Cached Saved on: Tuesday 16th of August 2022 05:50:25 AM