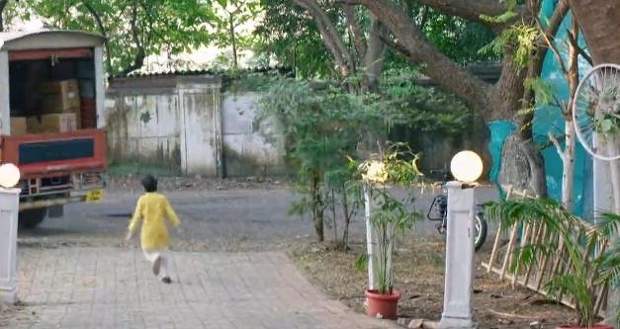 In the forthcoming episodes of Yeh Rishta Kya Kehlata Hai serial, Kairav will try to fix is his mistake and will rush after the truck to save Akshara.

So far in YRKKH, Naira, and Kartik adopted Krishna while the Goenka family is unhappy with their decision.

Kairav puts Akshara in a box and thought that the family will blame Krishna as she was the last person with the baby.

Based on the recent gossips of Yeh Rishta Kya Kehlata Hai serial, the box containing Akshara will be loaded into a truck and will be sent away from the Goenka mansion.

However, Kairav will notice the box missing and will see it being loaded into the truck. Further, he will try to fix his mistake and will rush after the truck to save Akshara according to the latest twists of YRKKH.

Let's see if Kairav is able to save his baby sister or not in the future episodes of Yeh Rishta Kya Kehlata Hai serial.

© Copyright serialsindia.com, 2018, 2019, 2020. All Rights Reserved. Unauthorized use and/or duplication of this material without written permission from serialsindia.com is strictly prohibited.
Cached Saved on: Wednesday 1st of February 2023 09:34:21 PM