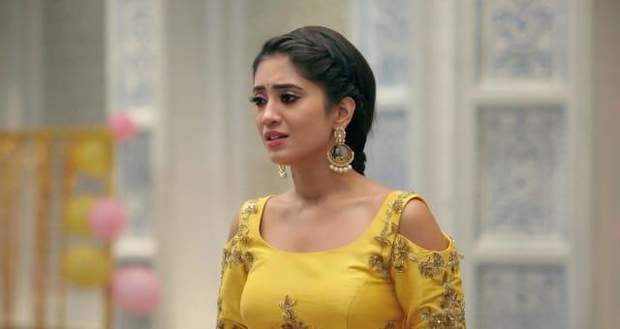 In the forthcoming episodes of YRKKH serial, Naira will go on a mission to find Kartik after leaving the Goenka house without telling anyone.

So far in Yeh Rishta Kya Kehlata H story, Krishna asked Kartik to come to her rescue by calling him. Kartik went to rescue her but later went missing. Naira then in search of Kartik visited Krishna and later found that Kartik is not with Krishna.

Now as per the spoiler update of Yeh Rishta serial, Naira will sense that Krishna is not telling her something and later leaves Goenka house.

On her mission to find Kartik, Naira will find various clues on the way according to the spoiler news of Yeh Rishta Kya Kehlata Hai serial.

Let's see what happens in the future story of YRKKH serial