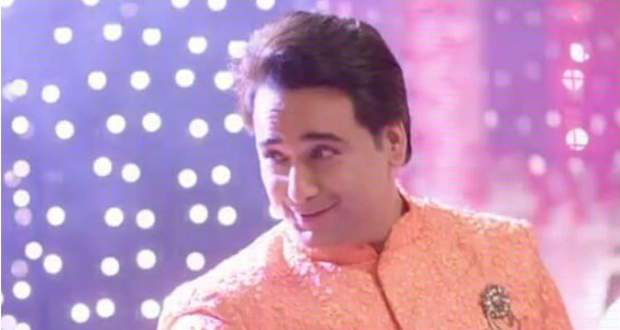 Yeh Rishta Kya Kehlata Hai Gossip: Manish to return to his old self

In the forthcoming episodes of Ye Rishta Kya Kehlata Hai serial, Manish will return to his old self after gaining consciousness and will celebrate Teej with Suvarna.

So far in YRKKH story, the Goenka family welcomed Kartik-Naira's baby as well as Manish who returned home from the Aashram. Later, Manish lost his balance while holding the baby and almost dropped her while Suhasini put the blame on Krishna.

Now as per the gossip twists of Yeh Rishta Kya Kehlata Hain serial, Manish will fall unconscious on the ground. Later, when he will regain consciousness, he will be his old self and won't remember the past few months.

Later, Kartik will decide to make up for all the special moments Manish lost and will make him celebrate Teej with Suvarna according to the spoiler alert of Yeh Rishta Kya Kehlata H serial.

Let's see what happens next in the future episodes of Yeh Rishta Kya Kehlata Hain serial.

© Copyright serialsindia.com, 2018, 2019, 2020. All Rights Reserved. Unauthorized use and/or duplication of this material without written permission from serialsindia.com is strictly prohibited.
Cached Saved on: Friday 19th of August 2022 04:02:13 AM