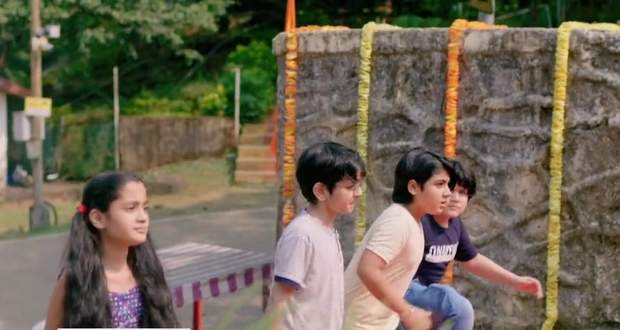 In the forthcoming episodes of Yeh Rishta Kya Kehlata Hai serial, Krish and other kids will contact Aditya and will meet him as a part of their plan to reunite his parents.

So far in YRKKH, Kartik and Naira forgave kids after seeing them standing up for Krishna and then uniting together.

Further, the kids and family celebrated Dussehra while Kartik and Naira saw Kirti-Naksh deciding to go to the court the next day for finalizing their custody over Krish and quarrelling over it.

Now as per the serial twists of Yeh Rishta Kya Kehlata Hai, all the four kids will make a plan to reunite Kirti and Naksh and will take Aditya's number from her phone as a part of their plan.

Further, they will call him and ask for his help after which they will plan to meet him in a temple. However, Aditya will put the kids in danger according to the future gossip of YRKKH.

Let's see if the kids will succeed in their plan or not in the future episodes of Yeh Rishta Kya Kehlata Hai.