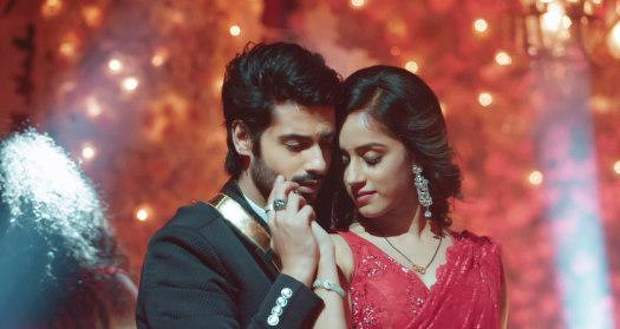 In the forthcoming episodes of Yeh Hain Chahatein serial, Rudraksh proposes his love to Preesha while Preesha will slap Rudraksh to make him realize his real feelings for her.

Until now in serial Yeh Hai Chahatein, Rudraksh has a success party while Yuvraj tries to kill Rudraksh but ultimately fails. Instead, he gathers some information to blame him.

As per the gossip news of Yeh hai Chahatein serial, Rudraksh falls in love with Preesha and confesses his love towards her. Preesha will be shocked after hearing what he said.

She'll think that Rudraksh is still drunk and speaking something out of his mind. So, Preesha slaps Rudraksh and doesn't believe that he has feelings for her according to the serial twists of Yeh Hain Chahatein serial.

Let's see what will happens further in the future story of YHC serial.

© Copyright serialsindia.com, 2018, 2019, 2020. All Rights Reserved. Unauthorized use and/or duplication of this material without written permission from serialsindia.com is strictly prohibited.
Cached Saved on: Wednesday 1st of February 2023 08:30:03 PM