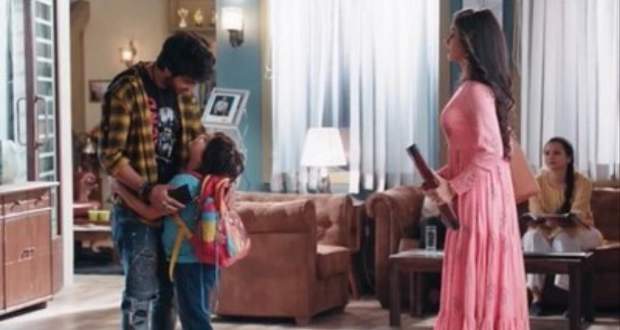 In the upcoming episodes of Yeh Hai Chahatein serial, Rudraksh will take away Saraansh from Preesha and will take him to Khurana's house.

Up until now in YHC story, Rudraksh saw the CCTV footage at Rahul's house and started hating Preesha. Meanwhile, Preesha is trying to prove her innocence to him by finding evidence against Rahul with the help of Neerja.

Now as per the gossip twists of Yeh Hain Chahatein serial, Rudraksh will decide to bring Saraansh with him to Khurana house as he loves him and to hurt Preesha.

Later, Preesha will be heartbroken and emotional at the thought of not being with Saaransh according to the spoiler news of Yeh Hsi Chahatain serial.

Let's see if Rudraksh will be able to take Saraansh with him or not in the future story of Yeh Hain Chahatein serial.