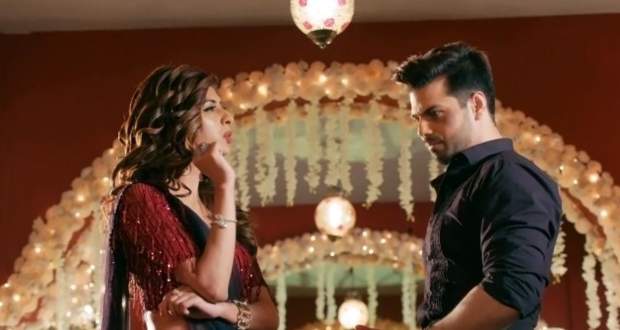 In the forthcoming episodes of Ye Hain Chahatein serial, Ahana will ask Yuvraj for the CCTV footage to show it to the Khurana family.

Up until now in YHC serial, Rudraksh started hating Preesha after watching CCTV footage at Rahul's house. Later, he brought Saraansh and Preesha home with him to torture him. Further, he also destroyed her career by bribing the nurse to blame her.

Now as per the spoiler twists of Yeh Hai Chahatein serial, Ahana will ask Yuvraj to give her the CCTV footage so that she can ruin her image.

Later, she will show the edited CCTV footage of Rahul and Preesha's conversation which will further create differences between the family and Preesha according to the gossip updates of Yeh H Chahatein serial.

Let's see what happens next in the future episodes of Yeh Hai Chahtein serial.

© Copyright serialsindia.com, 2018, 2019, 2020. All Rights Reserved. Unauthorized use and/or duplication of this material without written permission from serialsindia.com is strictly prohibited.
Cached Saved on: Wednesday 1st of February 2023 06:54:55 PM