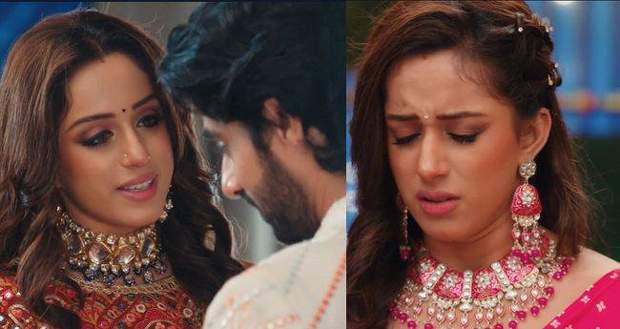 Yeh Hai Chahatein Upcoming Twist: Preesha Gets Her Memory Back!

There’s always an antagonist or a villain who tries to mess up things between the hero and the heroine who are deeply in love with each other.

The Star Plus’s hit show Yeh Hai Chahatein is currently going through the same phase where Arman (played by Altamash Faraz) has caused a separation between Preesha (played by Sargun Luthra) and Rudra (played by Abrar Qazi).

The current track of Yeh Hai Chahatein revolves around Rudra trying to bring Preesha’s memory back with the help of their kids, Ruhi and Saaransh.

He enters Arman’s House as a gardener named Prem to keep an eye on Preesha.

However, things have been iffy since Arman is an authoritarian figure who is obsessed with Preesha and has made her forget her happy past with Rudra by giving her medicines and making her believe that Rudra was a wife beater.

In the upcoming story of Yeh H Chahatein, Preesha will get a clear flashback of herself and Rudra doing Janmashtami Puja together after she stares at the idol of Kanha Ji that reminds her of Khurana House.

As per the latest spoiler of YHC, Preesha will later question herself whether she had an ugly past like Arman says or a happy past like she saw in her flashback.

Let us see how long can Arman keep Preesha away from her true self in the future episodes of Yeh Hai Chahatein.

© Copyright serialsindia.com, 2018, 2019, 2020. All Rights Reserved. Unauthorized use and/or duplication of this material without written permission from serialsindia.com is strictly prohibited.
Cached Saved on: Wednesday 1st of February 2023 09:25:34 PM