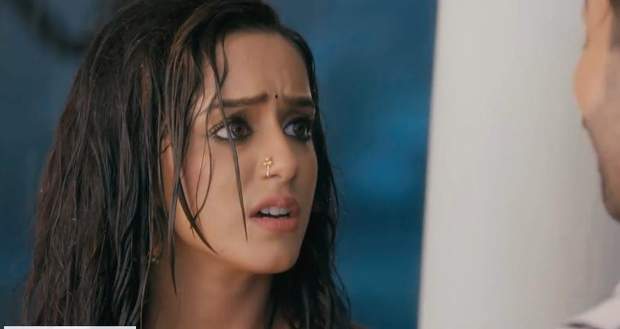 In the forthcoming episodes of Yeh Hai Chahatein serial, Preesha will confess her love thinking it is Rudraksh however it will turn out to be Yuvraj.

Up until now in YHC story, Rudraksh has gained a video proving that Keerti committed suicide and that Sharda is innocent.

Further, Rahul told Rudraksh that Preesha's innocent and told him that the video he saw was edited to make it seem like she was against him.

Now as per the future spoilers of Yeh Hai Chahatein serial, Rudraksh will decide to confess to Preesha and will tell her that he loves her after which Preesha will be flustered and leave the scene.

Afterwards, she will also confess her love thinking that Rudraksh is behind but it will turn out that it is actually Yuvraj according to the latest news of YHC.

Let's see how will Yuvraj use this to his own benefits in the future episodes of Yeh Hai Chahatein.

© Copyright serialsindia.com, 2018, 2019, 2020. All Rights Reserved. Unauthorized use and/or duplication of this material without written permission from serialsindia.com is strictly prohibited.
Cached Saved on: Saturday 27th of November 2021 09:03:42 PMCached Disp on: Thursday 9th of December 2021 12:42:53 PM