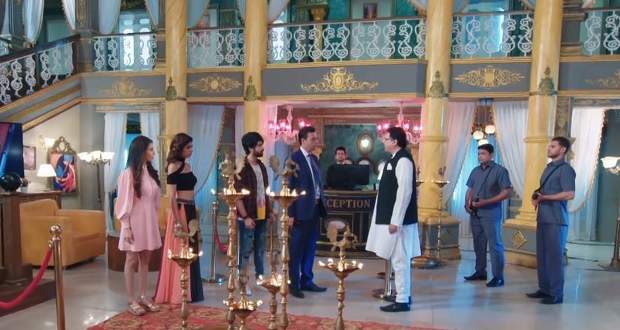 In the forthcoming episodes of Ye Hai Chahatein serial, Keerti's father will make an entry in the Khurana house and will accuse Rudraksh of killing his daughter.

Up until now in Yeh Hain Chahatein story, Keerti was murdered while the prime suspect was revealed to be Rudraksh and put into questioning.

However, Preesha believes that someone framed him as he can't do such a crime. Later, it is revealed that Mishika present at the terrace the night Keerti died.

Now as per the gossip twists of YHC serial, Keerti's father will enter the Khurana house and will tell the police to arrest Rudraksh for Keerti's murder and will accuse him of the same.

However, Preesha will reach there in time and will point out a detail that no one noticed on the terrace which will save Rudraksh from getting arrested according to the spoilers of YHC.

Let's see if the police believe Preesha or not in the future episodes of Yeh Hai Chahatein serial.