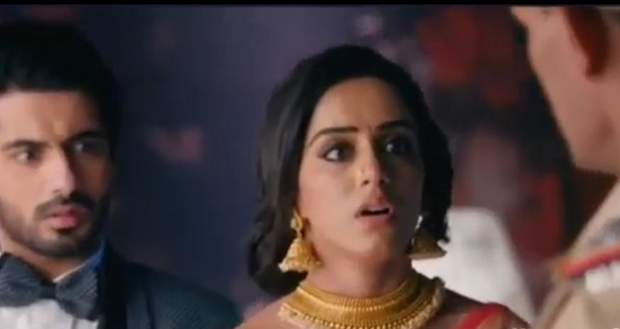 In the forthcoming episodes of Yeh Hai Chahatein serial, police will find the video of Rudraksh speaking against his father on Preesha's phone and will hold her responsible for the leak of the video.

So far in YHC story, the video of Rudraksh speaking against his father is leaked at the award show. The media centers him by saying that they were not being real to their fans while Rudraksh blames Preesha as she was the only one who knew of his true feelings.

Now as per the gossip updates of Yeh H Chahahtein serial, Mishka and Ahana will show Rudraksh the video of Yuvraj and Preesha speaking to further enrage him against Preesha.

Later, Police will find the video displayed on the Award Show in Preesha's phone and she will be proved responsible for leaking it according to the spoiler twists of Yeh Hai Chahatein serial.

Let's see what happens next in the future episodes of Yeh Hain Chahatein serial.

© Copyright serialsindia.com, 2018, 2019, 2020. All Rights Reserved. Unauthorized use and/or duplication of this material without written permission from serialsindia.com is strictly prohibited.
Cached Saved on: Saturday 28th of January 2023 01:03:08 PM