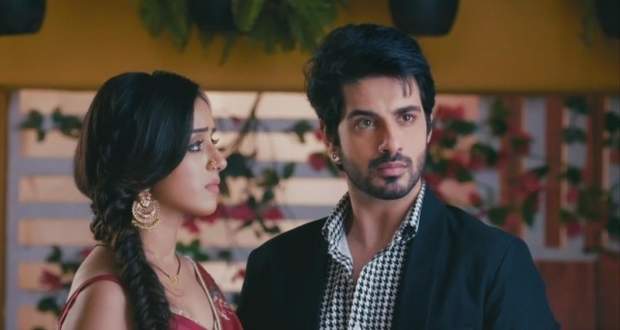 In the forthcoming episodes of Yeh Hai Chahatein serial, Rudraksh will accuse Preesha of betraying him after watching CCTV footage.

Up until now in YHC story, Balraj kicked Preesha and Rudraksh out of the house after the award show incident. Further, the couple is invited to Rahul's house for dinner where Preesha takes Rudraksh there without telling him.

Now as per the spoiler twists of Yeh H Chahatein serial, Rudraksh will see a CCTV footage on Rahul's iPad and will storm out of the house. Further, Preesha will go after him.

Later, Rudraksh will accuse Preesha of betraying him and still being in love with Yuvraj. He will further suggest that she might be planning of killing him also just like his brother. Preesha will ask him to trust her according to the gossip updates of Yeh Hai Chahatein serial.

Let's see how Preesha proves her innocence in the future episodes of YHC serial story.