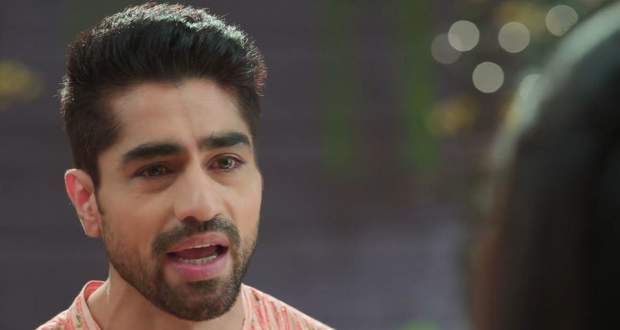 Yeh Rishta Kya Kehlata Hai is currently going through a lot of the latest twists in its current track.

Abhimanyu is hurt while Akshara is stuck for a year after promising Dr. Kunal to lend her voice to his sister and make her dream come true of being a singer!

In the upcoming story of Ye Rishta Kya Kehlata Hai, Abhimanyu will shout at Mahima after she pokes him.

Mahima will tell Abhi rudely if he would have a little sadder for Anisha’s death, then maybe Kairav would be in Birla’s hands.

However, as per the latest spoiler of YRKKH, Abhimanyu will promise Mahima to be bad news for both Kairav & Akshu.

Abhi will tell Mahima he misses Anisha as much as she does and if he can get his hands on Kairav, he will turn his life story bad!

Meanwhile, Akshara is thinking of meeting Abhi in Jaipur, hoping he would understand her and accept her back.

What will happen when both these worlds collide?

© Copyright serialsindia.com, 2018, 2019, 2020. All Rights Reserved. Unauthorized use and/or duplication of this material without written permission from serialsindia.com is strictly prohibited.
Cached Saved on: Saturday 28th of January 2023 12:43:51 PM