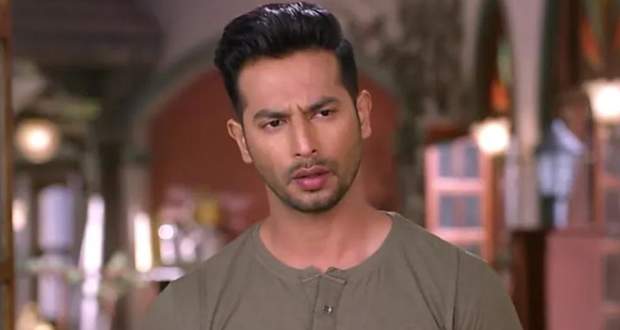 Tujse Hai Raabta Gossip: Malhar to reveal the truth of his marriage to Kalyani

In the forthcoming episodes of Tujhse Hai Raabta Serial, Kalyani will confront Malhar after which he will reveal the truth about his marriage with Avni.

Up until now in Tujhse Hai Raabta, Kalyani learned that Aparna knows about Moksh's location and tried to reach out to her but wasn't successful.

Further, Pooja revealed to the family Avni was formally married to Ahir thus conforming latter to be the biological father of Avni's unborn child.

Now as per the recent spoilers of Tujse Hai Raabta, Kalyani will be shocked after hearing the truth and will confront Malhar about it who will reveal that he is not married to Avni and is only with her for the sake of the unborn child.

Afterwards, Kalyani will be angry at him due to hiding the truth and will ask him if he is hiding anything else according to the gossips of Tujhse Hai Raabta.

Let's see if this revelation reunites Kalyani-Malhar or not in the future episodes of Tujhse Hai Raabta.

© Copyright serialsindia.com, 2018, 2019, 2020. All Rights Reserved. Unauthorized use and/or duplication of this material without written permission from serialsindia.com is strictly prohibited.
Cached Saved on: Sunday 29th of November 2020 08:48:24 PMCached Disp on: Wednesday 2nd of December 2020 07:07:01 PM