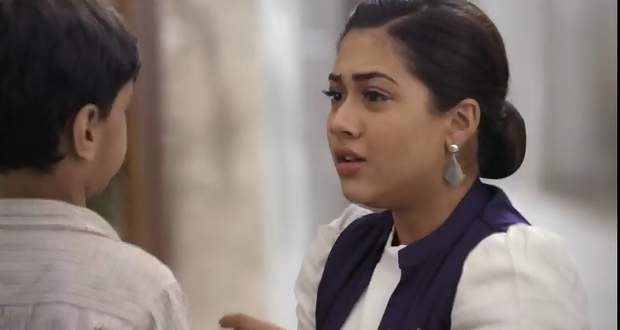 In the forthcoming episode of serial Tujhse H Raabta, Kalyani will get emotional on meeting her son Moksh after four years.

So far in Tujhse Hai Rabta's story, Kalyani and Malhar came to know that their son was kidnapped from the railway station four years back and is alive. Moreover, they got teamed up to find Moksh.

Now based on the gossip twist of Tujse H Raabta, a man named Shyam will bring Moksh to Kalyani's place and she will finally meet her son.

Further, Shyam will show a ring to Kalyani and Malhar which will make them believe that the small boy is none other than Moksh as per the latest news of Tujse Hai Raabta.

Let's see if Moksh also recognizes his parents or not in the future story of Tujhse Hai Raabta serial.

© Copyright serialsindia.com, 2018, 2019, 2020. All Rights Reserved. Unauthorized use and/or duplication of this material without written permission from serialsindia.com is strictly prohibited.
Cached Saved on: Saturday 28th of January 2023 01:27:34 PM