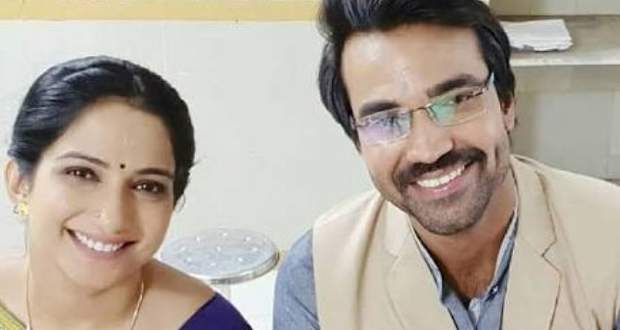 In the upcoming episodes of serial Tujse Hai Raabta, Sarthak will announce in front of the family that he will live with Anupriya in the Ahilya House.

So far in Tujhse H Raabta’s story, Kalyani asks Sarthak to test whether Anupriya is capable of passing the law examination. Further, she rebukes Sarthak for ruining all of his relationships.

Now as per the latest gossips of Tujse H Raabta, Sarthak will arrive at the Ahilya house and will announce in front of everyone that he is going to stay with Anupriya.

Further, Anupriya will be stunned on hearing this while Sarthak will tell her that he wants to fulfill Kalyani’s wish as per the future updates of Tujhse Hai Rabta.

Let’s see if Sarthak actually realized his mistake of leaving Anupriya or not in the upcoming news of serial Tujhse Hai Raabta.

© Copyright serialsindia.com, 2018, 2019, 2020. All Rights Reserved. Unauthorized use and/or duplication of this material without written permission from serialsindia.com is strictly prohibited.
Cached Saved on: Thursday 20th of January 2022 08:07:17 PM