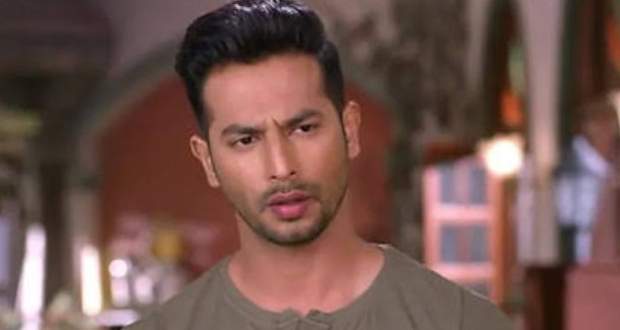 Tujhse Hai Raabta Gossip Alert: Malhar to get into an awkward situation

In the upcoming episodes of Tujhse H Raabta serial, Malhar will get into an embarrassing situation as he will have to say a funny voice password kept by Kalyani again.

So far in Tujhse Hai Raabta story, Malhar recovers after Kalyani uses an Ayurvedic remedy. Further, Kalyani changes the password of Malhar's laptop and asks him to do as she says.

Now as per the gossip news of Tujhse Hai Raabta serial, Malhar will go to Aao Saheb's place and will use his laptop. However, he will have to repeat the same funny password kept by Kalyani and will get into an awkward situation as per the spoiler updates of Tujhse H Raabta serial.

Let's see if Kalyani and Malhar succeed in finding Moksh or not in the future twist of Tujhse Hai Rabta serial.

© Copyright serialsindia.com, 2018, 2019, 2020. All Rights Reserved. Unauthorized use and/or duplication of this material without written permission from serialsindia.com is strictly prohibited.
Cached Saved on: Thursday 21st of October 2021 05:01:55 AM