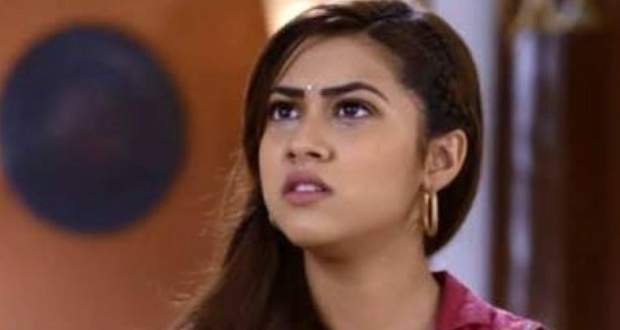 In the forthcoming episodes of Tujhse Hai raabta serial, Malhar will recover and Sarthak will blame Kalyani for feeding him poisonous sweets.

So far in Tujse Hai Raabta serial, Malhar's condition deteriorates as he accidentally eats poisonous sweets meant for Kalyani. Further, Kalyani rushes him to the hospital.

Now as per the latest news of Tujhse H Raabta serial, Sarthak will accuse Kalyani for feeding Malhar poison for taking revenge from him.

Moreover, he will tell Kalyani that Moksh will live with Avni and Malhar in the future and not with her according to the spoiler twist of Tujhse Hai Raabta serial.

Later, Malhar will not believe in Sarthak and will take Kalyani's side.

Let's see if Kalyani is able to prove herself innocent or not in the gossip updates of Tujhse Hai Rabta serial.

© Copyright serialsindia.com, 2018, 2019, 2020. All Rights Reserved. Unauthorized use and/or duplication of this material without written permission from serialsindia.com is strictly prohibited.
Cached Saved on: Monday 6th of February 2023 06:14:51 AM