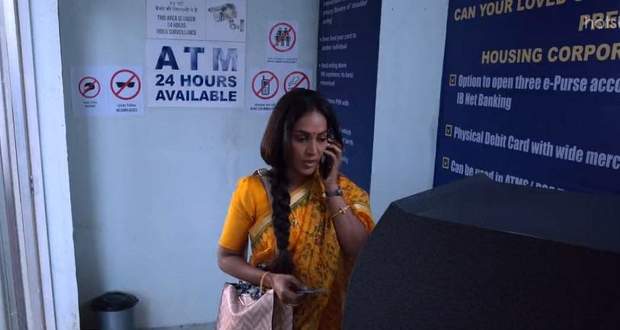 In the upcoming episodes of Star Plus’s serial Shadi Mubarak, K.T will give his ATM card to Preeti for office use and she will withdraw money using that card.

Up until now in Shaadi-Mubarak, Preeti and K.T got locked in K.T’s cabin when he forgot the digital pin to unlock the door. Later, Rati arrived at K.T’s office to get a job but she got shocked to see Preeti working as K.T’s business partner.

Now based on the spoiler news of Shadi Mubaark, K.T will handover his ATM card to Preeti so that she could withdraw money anytime for the office use. Meanwhile, Preeti will make a call to Juhi to instruct her on how to use the ATM card.

She will further withdraw the wrong amount of money by mistake, while K.T’s family will get to know that someone is using K.T’s lost ATM card according to the latest updates of Shaadi Mubark serial.

© Copyright serialsindia.com, 2018, 2019, 2020. All Rights Reserved. Unauthorized use and/or duplication of this material without written permission from serialsindia.com is strictly prohibited.
Cached Saved on: Thursday 18th of August 2022 10:35:14 PM