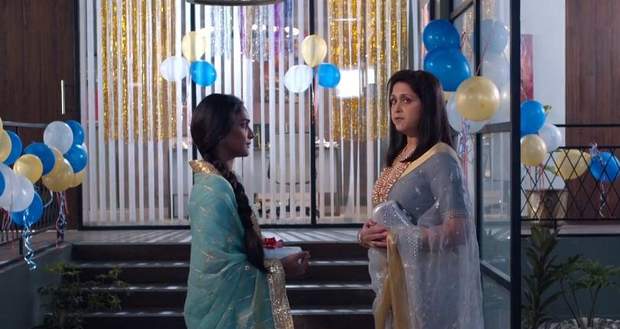 In the forthcoming episodes of Star Plus’s serial Shadi Mubarak, K.T’s mother will confront Preeti and will tell her about K.T’s lifestyle.

So far in Shaadi-Mubarak's story, K.T proposed Preeti to be his business partner but Preeti rejected his offer. Later, K.T tried to convince Preeti and she accepted his business proposal.

Now based on the gossip update of Shaadi Mubaarak, K.T will purchase a big office to start his new business, while Preeti will question K.T that he should have asked her once before purchasing such a big office. Further, K.T’s mother will confront Preeti and will tell her about the luxury lifestyle of K.T.

Preeti will feel very low and will think to change her decision of being K.T’s business partner according to the future news of Shadi Mubark serial.

Let’s see what happens next in the future story of Shaadi-Mubarak's story.

© Copyright serialsindia.com, 2018, 2019, 2020. All Rights Reserved. Unauthorized use and/or duplication of this material without written permission from serialsindia.com is strictly prohibited.
Cached Saved on: Saturday 1st of October 2022 09:18:27 PM